I found some cool WordPress theme frameworks which are worth a try.
Theme frameworks also make theme development more accessible, removing the need for programming knowledge. 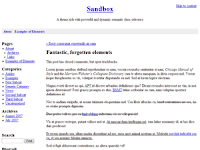 Sandbox (ScottWallick)
The Sandbox is a powerful tool available for WordPress theme designers and developers. The Sandbox can be easily designed just with CSS, so beginners will feel comfortable not bothering with PHP.Rich with powerful and dynamic semantic class selectors, Sandbox is a canvas for CSS artists. 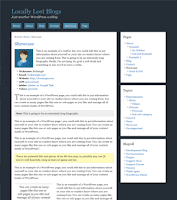 Hybrid (Justin Tadlock)
Hybrid is a WordPress theme framework designed with content in mind. There is no other theme that will display your content in a meaningful way like this one does. It’s all about getting your information out there to the world. Without all the fuss. That’s what Hybrid does. 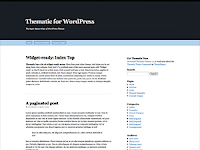 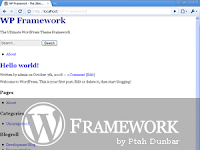 To learn more about how you can take advantage of this amazing Framework, visit the website for more information http://wpframework.com.

Are you web designer, or web developer and you dont have a MAC ?, well this would be more interesting for you than anyone else. Typechart lets you flip through, preview and compare web typography while retrieving the CSS. This is all about web typograhpy, within typechart you can easily compare and preview hows fonts rendered in both MAC & PC, and even Grab the CSS. 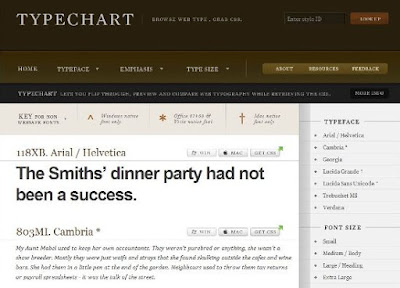 Its great news for all of us. Thanks to Bariski from I333 that he has started a free contest through which we can win 1 month Free Premium Rapidshare Account.

The contest is very simple to participate, all you have to do is to just register to his Free Feeds by Email and then write a blog entry and woo you are IN.

For further details check the full post here:
Free Rapidshare Premium Accounts
Hurry up before its too late.

ThemeDreamer is a very cool Dreamweaver extension that allows you to easily customize or build WordPress themes in Dreamweaver. It works by compiling the individual theme files into a single WYSIWYG theme in design view. You can then edit the WordPress theme code as if you were editing your live blog!

ThemeDreamer simulates live blog post data, so you can style the CSS right in Dreamweaver's design view. Once you have made your changes, simply upload your new theme files your new blog is live! ThemeDreamer allows you to utilize the full power of Dreamweaver on your WordPress theme design!

FireFox 3 is one of the best browsers in the world or probably the only best browser.
So here is a list of my favorite Web Design And Development Addons for Firefox, take a look.

Adds a menu and a toolbar with various web developer tools.Download here

Draw out a ruler to get the pixel width and height of any elements on a webpage.
Download here

Firebug integrates with Firefox to put a wealth of development tools at your fingertips while you browse. You can edit, debug, and monitor CSS, HTML, and JavaScript live in any web page.
Download here

Lets you load pages in IE with a single right-click, or mark certain sites to *always* load in IE. Useful for incompatible pages, or cross-browser testingDownload here

Email ThisBlogThis!Share to TwitterShare to FacebookShare to Pinterest
Labels: firefox

The History of Gaza

• Gaza Strip was established at the end of
the 1948 Arab-Israeli war. Its boundaries were
defined by the ceasefire lines. It was placed
under Egyptian rule and held in trust for a
future Palestinian state.

• At the end of the 1956 Suez-Sinai War, the
Gaza Strip was occupied by Israel. A year later
Israel withdrew its troops as a result of international
pressure and a United Nations Emergency
Force (UNEF) was placed in the Gaza
Strip.

• In June 1967, Israel recaptured the Gaza Strip
during the Six-Day War. In November of the
same year UN Security Council Resolution 242
called on Israel to withdraw from the Gaza
Strip and other ‘occupied territories.’
at January 08, 2009 1 comment: